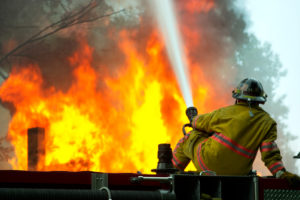 This story was updated to add comments from the pension fund regarding its potential first secondaries commitment.

The Dallas Police & Fire Pension System (DPFP), which is weighing a potential first-time investment in a secondaries fund, has hired James Perry as chief investment officer, a newly created position, according to a statement.

Perry, who will oversee all investments in the system’s $3.1 billion portfolio, will start on 1 September and will report to executive director Kelly Gottschalk.

Perry is currently serving as assistant vice-chancellor and assistant chief investment officer for the Texas Tech University System, a $1.1 billion endowment, where he has been instrumental in restructuring asset classes such as private equity and real estate.

Previously, he was senior investment officer with the San Bernardino County Employees’ Retirement Association, which has been active in secondaries. Its most recent investment is a $25 million commitment to SL Capital Partners’ Secondaries Opportunities Fund II.

At the end of March, Secondaries Investor reported that investment consultant NEPC recommended DPFP should consider a $25 million commitment to a 2015-vintage secondaries fund, which would be the first in its private equity portfolio.

A spokesperson for the pension fund indicated in an email that DPFP has not yet implemented the secondaries recommendation.

“The board and new executive director, Kelly Gottchalk, wanted wait until the new CIO was on board to make a thorough review of asset allocations and develop a strategy moving forward,” he said. He added that no timetable has been set on when recommendations on secondaries investments will be made.