CPP Investments, the world’s biggest investor in private equity according to the GI 100 ranking, has hired an investment professional from Partners Group to lead its secondaries operations in Europe. 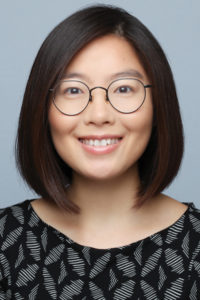 Evelyn Zhang joined the Canadian pension giant as a managing director in December, a spokesperson confirmed. She is London-based.

Prior to joining CPPIB, Zhang spent more than 10 years at Partners Group where she was most recently a senior vice-president and member of management, according to her LinkedIn profile.

Zhang’s hire brings the number of professionals in CPPIB’s secondaries team globally to 20, including as many as eight deal leads, Dushy Sivanithy, who leads the pension’s secondaries unit globally, told Secondaries Investor.

In a 2020 guest commentary with affiliate title Private Equity International, Zhang noted that the biggest difference between the coronavirus pandemic and the 2008 global financial crisis from an investment standpoint was that the secondaries industry had grown significantly over the past decade. Assets under management among secondaries players have tripled since 2008 and the turnover in the secondaries market as a percentage of primary activity has also increased, she noted.

“That all suggests the opportunity today is far bigger than after the last crisis,” she wrote.

Zhang’s appointment is the third buyside to buyside move in the secondaries industry reported this week. On Monday, Secondaries Investor reported that Louise Boothby, a partner at Coller Capital, was set to join Glendower Capital in London, while Sanja Cvetinovic, a former Strategic Partners director, was joining Northleaf Capital Partners to lead its UK and EMEA private equity business.

CPPIB’s secondaries staff are based in London, New York and Toronto. Its New York secondaries team is led by Jeremy Weisberg.