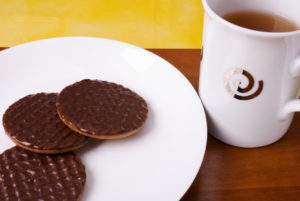 Canada Pension Plan Investment Board (CPPIB) has sold its stakes in funds managed by PAI Partners to HarbourVest Partners, according to a UK regulatory filings.

CPPIB sold two whole stakes in PAI Europe IV-B, according to the filing. The fund is part of PAI’s Europe IV fund, a €2.7 billion buyout fund from 2005. Boston-based HarbourVest Partners bought the vast majority of the stake through various funds it manages. Meranti Holdings also purchased part of the fund.

The fund was raised less than three years after its predecessor fund and was the largest private equity fund in continental Europe at the time, according to PAI. Investors in the fund include Idinvest Partners, AlpInvest Partners, Pennsylvania Public School Employees’ Retirement System and Sony Life Insurance, according to PEI data.

The pension plan also sold its entire stake in PAI Europe V-2, which is part of PAI Europe V, according to another filing. The 2008 fund is similar in size to its predecessor and holds portfolio companies including logistics firm Swissport and airport retailer Nuance Group.

HarbourVest bought the stakes through 10 funds it manages, including through its latest dedicated secondaries fund, Dover Street VIII, a $3.6 billion vehicle that closed above its initial $3 billion target in 2013.

The deals were completed on 30 June, according to the filings.

CPPIB was one of the most active non-traditional buyers in the secondaries market in 2014. The institution plans to invest $10 billion in secondaries in the next five years – split evenly between purchasing limited partner interests and direct secondaries, Secondaries Investor previously reported.