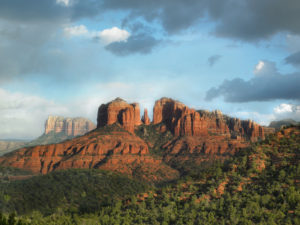 PSPRS came to market in the first half of 2016 with stakes in Apollo Global Management’s 2008-vintage Investment Fund VII and Blackstone’s 2006-vintage Capital Partners V fund, minutes from its 25 May board of trustees meeting show. The deal closed in the first half with CPPIB acquiring the interests, according to two sources familiar with the transaction.

The two stakes represented $105 million in fund commitments, of which $60.4 million had already been drawn from Apollo VII and $25.2 million from Blackstone V, a PSPRS spokesman told Secondaries Investor.

“We have a highly diversified fund and a lot of our decisions will be made in line with our portfolio allocations,” the spokesman said. He declined to comment on the identity of the buyer.

CPPIB has been active in the secondaries market over the last 12 months, acquiring a portfolio worth around $1 billion from Australia’s Future Fund at the beginning of the year. The Canadian pension has also hired former Pantheon partner Nik Morandi, who started in August, to lead its European secondaries and co-investments team from London.

Apollo Fund VII is a $14.9 billion vehicle that had a 23.9 percent net internal rate of return and a 1.6x investment multiple as of 31 December, according to a performance document from the California Public Employees’ Retirement System. It was one of four funds cited in a US Securities and Exchange Commission complaint against Apollo, in which the regulator said the firm had allegedly misled limited partners in four funds about fees and a loan agreement. Apollo settled for $52.7 million and did not admit or deny the findings.

Blackstone V closed on $22.3 billion and had a 7.8 percent net IRR and a 1.5x investment multiple as of the same date, the CalPERS document shows.

Pension funds were the most active sellers by volume in the first half and accounted for almost 30 percent, up from 19 percent a year earlier, according to a mid-year report by Setter Capital.

Arizona PSPRS, which manages $8.2 billion in assets, allocated 15.1 percent of its portfolio to private equity as of 31 December, according to its website.