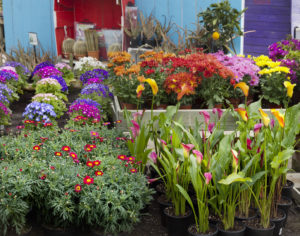 Apax Europe VII is a 2007-vintage fund that closed on €11.2 billion, above its €10 billion target, which makes it Apax’s largest fund to date, a source familiar with the matter said.

Other LPs included Australia-based Victorian Workcover Authority, the Transport Accident Commission and the Emergency Superannuation Scheme, which sold their stakes in the fund in October.

In September Apax VII sold its stake in health information technology company TriZetto Corporation. Apax acquired the company in 2008 for $1.4 billion. The firm sold its stake to Cognizant Technology Solutions Corp for $2.7 billion, generating a return multiple of 2.8x.

Fund VII  is generating a net multiple of 1.4x, the source said.

CPPIB did not return a comment by press time.

CPPIB has been active in the secondary marketplace since 2007, when the firm created a plan to invest $5 billion in the following five years – which was expected to equate to about 5 percent of the global market share. By 2012, the firm had exceeded its target by investing $5.5 billion dollars and grown its secondaries team extensively, CPPIB’s head of secondaries and co-investments, Yann Robard previously said.

“As we look forward to the next five years, our objective is to invest an additional $10 billion in the secondary market. We certainly don’t need to do that, but the mandate is there if the opportunities present themselves. That essentially makes us one of, if not the largest, participants in the secondaries marketplace,” he added.

The firm predicts that by 2020 it will have raised $300 billion for public equities, private equities, bonds, private debt, real estate and infrastructure investments and expects to have raised $518 billion by 2030, according to CPPIB’s website.