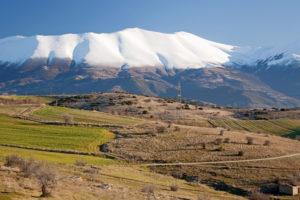 Canada Pension Plan Investment Board has emerged as the backer of a stapled deal involving Olympus Capital Asia‘s 2007-vintage fund and latest vehicle, more than a year after initial attempts to attract secondaries firms to a GP-led process fell down over pricing.

The transaction allows the Hong Kong-based mid-market firm to refinance a fund-level debt facility on Fund III, and the firm has secured a two-year extension for the vehicle as part of the deal, according to one of the sources.

Olympus launched Fund V in April 2015 with a $750 million target, according to PEI data. The fund held a first close on almost $183 million in March. Overseas Private Investment Corporation, the US’s development finance institution, has committed $150 million to the vehicle.

The firm had hired advisor Lazard in January last year to start a price discovery process with a view to offering liquidity to investors, as Secondaries Investor previously reported. Global firms including HarbourVest Partners and Pantheon examined the deal before the process was abandoned in April last year when the parties involved could not agree on pricing, sources said at the time.

It is understood that Lazard also advised on this latest transaction.

CPPIB has been ramping up its Asian secondaries business since it launched in August last year, and had signed two secondaries deals representing more than C$200 million ($164 million; €134 million) in total value by mid-May, as Secondaries Investor reported.

Preferred equity, a tranche that sits between debt and equity in the capital structure, can be used by portfolio holders to retain exposure to potential upside of assets without selling those assets. Its proponents argue the tool is more cost efficient and flexible than debt and is a useful way for funds to create value that is aligned between the managers and LPs.

Several high-profile primary managers have used stapled deals this year, including BC Partners with its tenth flagship buyout fund and EQT with its third Asia-focused mid-market vehicle, as Secondaries Investor reported.

Olympus was founded in 1997 and invests in agribusiness and food, financial and business services, and environmental and clean energy sectors, according to its website.