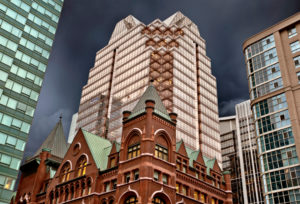 BlackRock has hired Mark Wiseman, currently president and chief executive of the Canada Pension Plan Investment Board, as a senior managing director and a member of its Global Executive Committee.

Wiseman, who joined CPPIB in 2005 and became the Canadian pension’s head in 2012, will assume his new role at BlackRock in September.

He will head the private equity firm’s global active equity business and oversee a team responsible for investing over $275 billion in equity-based strategies.

He will also serve as chairman of the BlackRock Global Investment Committee, the sub-committee that provides governance and oversight of investment performance, drives collaboration and builds alignment on business growth and development plans.

Wiseman will report to Robert Kapito, president of BlackRock.

“Having undertaken a multi-year effort to rebuild BlackRock’s active equity capabilities, we are pleased with our progress and believe Mark can help us continue to drive meaningful results for clients,” Kapito said in a statement. “He will also be able to make substantial contributions to our alternatives platform and across the firm.”

BlackRock had not responded to a request for comment by press time.

While Wiseman will not join the firm before early September, he will be relinquishing his role at CPPIB in mid-June.

On Thursday, CPPIB announced that it had chosen senior managing director and head of international Mark Machin to replace Wiseman. Machin will assume the position of president and chief executive on 13 June.

“Mark Machin has been instrumental in helping to shape and execute CPPIB’s strategy over the last four years, consistently demonstrating deep knowledge of our business, understanding of global opportunities and a commitment to our unique mandate and culture,” said Heather Munroe-Blum, CPPIB’s board chairperson.

Machin joined CPPIB in March 2012 after spending 20 years at Goldman Sachs, where he most recently served as vice chairman of Asia ex-Japan. In the four years since he joined the Canadian pension, he has been responsible for the pension’s international investment activities, managing global advisory relationships and leading the organisation internationally.

Wiseman informed the board of his intended departure early this year, according to CPPIB.

The fund hired Nik Morandi, formerly a partner at Pantheon Ventures, to lead its European secondaries and co-investment team in London, Secondaries Investor reported in April.