For Asian secondaries market participants hoping for an uptick in deal volume, the year got off to a bad start.

As of mid-February, the deadly coronavirus was continuing to wreak havoc on the Chinese economy with foreign governments, including the US and the UK, warning their nationals against all but essential travel to China, and advising anyone showing symptoms who has been in any of nine specified Asian countries to remain indoors and phone health services.

It has already killed more people than the 2003 SARS outbreak, which caused an estimated $40 billion in economic losses, with more than 1,350 deaths reported and the virus being detected in at least 25 countries and counting.

The impact on the wider private equity market is already being felt. Deal activity in China is on hold, with several bankers and GPs telling sister publication Private Equity International they are taking pause to see how the situation plays out. China fundraising has all but ground to a halt, with local market sources telling PEI that capital-raising trips have been postponed nationwide.

For the secondaries market, the crisis throws a spanner in the works for anyone launching sales processes with China funds and assets. Thomas Liaudet, a partner at Campbell Lutyens, says his firm completed a number of Asia-centric secondaries sales last year which would have been challenging to launch today due to the epidemic.

“Chinese business output is decreasing [due to the crisis] and it will ricochet onto their financial performance,” he says.

Buyers concur. “It’d be hard to get a deal done in Asia now,” says one London-based buyside source, adding that his upcoming trip to Asia-Pacific had been cancelled due to the coronavirus situation. Even in Hong Kong, which in February began quarantining anyone arriving from mainland China, business meetings aren’t happening, the source adds.

The market is still alive, of course. Several deals launched in 2019 have closed this year, such as the restructuring of Chinese VC and growth manager Legend Capital’s 2008-vintage fund, backed by Hamilton Lane, and TR Capital’s renminbi-to-dollar restructuring with Beijing’s Kinzon Capital, as Secondaries Investor reported this week. For the Asian GP-led market, which accounted for just 6 percent of global deal volume last year, according to advisor Greenhill, and which clearly has room to grow, the impact will be particularly acute. Nothing can replace on-the-ground due diligence and visiting a portfolio company in person.

In a discussion about due diligence horror stories at PEI’s Operating Partners Forum Singapore in December, the managing director at one buyout firm recalled the time he arrived at a window manufacturer near Shanghai only to find the factory workers standing around outside because the company had been declared bankrupt. His message? That kind of discovery would not have been possible had he not visited the company in person. The same is true for any secondaries investor worth their salt: for Chinese assets, coronavirus has made this task a lot more difficult, not to mention scary.

The LP portfolio market will not go unscathed either. Secondaries Investor understands that around one fifth of Abu Dhabi Investment Authority’s roughly $2 billion sale of private fund stakes – which is set to attract bids in February – has exposure to Asia, including China-focused funds managed by CDH Investments and Vision Knight Capital, as well as The Carlyle Group and Bain Capital pan-regional funds. With end-March valuations potentially flat or down on December, buyers will likely factor this in when pricing funds in February.

How long the crisis will last is anybody’s guess. For those keen to showcase the Asian secondaries market’s attractiveness and potential, coronavirus has meant the year has got off to a challenging start.

How is coronavirus affecting your Asian deals? Let us know: adam.l@peimedia.com or @adamtuyenle 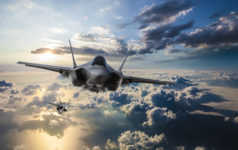 Young Guns of Secondaries 2020: Who are the leaders of tomorrow?