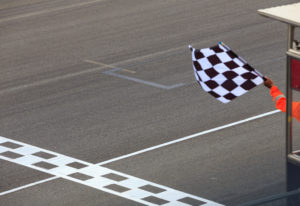 Fierce competition and high pricing in the secondaries market is driving greater buyside innovation, according to a survey by advisory firm and placement agent Campbell Lutyens.

This competition is causing buyers to move away from conventional LP-led stake sales to “more complex and concentrated transactions” which tend to be smaller in size and attract less competition, the report noted.

According to Thomas Liaudet, a partner at the firm, innovation on such deals is coming primarily in two forms.

There is an increase in GP-led transactions, which account for around two-thirds of the Campbell Lutyens’ secondaries activity. The deals accounted for 22 percent of the transactions that the firm closed in 2016, compared with 66 percent LP-led. The median size of a GP-led transaction in 2016 was $78.5 million.

Almost half of respondents said they will dedicate more time to these deals this year.

Last year Campbell Lutyens closed a transaction for a large institutional investor that wanted to achieve par to net asset value on a $400 million portfolio sale, though the proposed final price after auction was slightly below the desired level. The deal was structured in a way that could, over time, bridge the gap between the desired and offered price.

“It was indexed on the buyers hitting a certain IRR [internal rate of return] – say 13 percent,” Liaudet said. “The buyers buy the portfolio get the cashflows as new owners, and once the buyer hits 13 percent IRR on the acquisition then the resulting cashflow goes to the seller, which will bring the small gap in NAV back to [par with] NAV.”

On the sellside, conditions were strong for sellers last year, with average pricing for deals the firm advised on over the past 12 months at 94.3 percent of NAV, according to the report.

Transaction values dropped by 17 percent due to fewer $1 billion-plus deals by global banks shedding stakes for regulatory purposes, according to the survey.