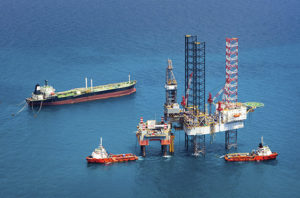 Secondaries buyers are readying themselves for a rise in real assets opportunities as a massive collapse in commodity pricing and the increasing acceptance of deals in related asset classes spur transactions.

Several firms are in market with secondaries-focused real assets platforms, which can include infrastructure, energy, timberland and agri, and metals and mining exploration. Energy-related secondaries deals in particular are expected to boom, as potential sellers realise the drop in commodity pricing was more than just a blip and seek liquidity for their investments.

“We’ve just come off a record fundraising period for energy funds and we now have a perfect storm of robust fundraising followed by a collapse in commodity prices,” Kathryn Leaf Wilmes, head of Pantheon’s global infrastructure and real assets team, told Secondaries Investor. “There are certainly going to be LPs who in the face of this volatility will want to reduce their exposure.”

Oil prices have dropped 70 percent since 2014 and liquefied natural gas has fallen too. Commodity price volatility and seller caution led to a mismatch in buyers’ and sellers’ expectations in the second half of last year as buyers expected net asset values (NAVs) to continue to fall and would therefore only willing to buy at substantial discounts, according to Fabrice Moyne, a partner at niche fund of funds manager Mantra. Many sellers were not willing to mark large discounts on their books, and this resulted in fewer deals closing, he said.

Sellers are now starting to realise that lower prices are here to stay, leading to more deals, according to Wilmes.

Infrastructure on the rise

Infrastructure, the largest segment of real assets outside real estate, is also exciting secondaries buyers. Global infrastructure needs are expected to top $57 trillion through 2030, according to McKinsey & Company, and the real assets secondaries market could grow at double the rate of the private equity secondaries market due to the profile of the primary capital that has been committed over the last 10 years, according to Brett Gordon, a managing director at HarbourVest Partners.

Real assets secondaries such as infrastructure do not suffer from some of the issues that took almost 20 years to iron out in the private equity secondaries market, he said.

“It’s much more dynamic, there’s greater flow, it’s a much more widely accepted marketplace today because private equity figured all that out and opened it up for everyone else,” Gordon told Secondaries Investor.

Kevin Warn-Schindel, who leads HarbourVest’s real assets programme, said the firm had logged around $11 billion in potential real asset secondaries deals last year, with 2015 accounting for around one-third of total dealflow the firm has seen over the last five years.

“Deal sourcing has been huge and is now starting to accelerate,” Warn-Schindel said.

Pantheon and HarbourVest are both raising real assets secondaries funds, as is AlpInvest Partners, although it gave up plans to raise a dedicated energy and infrastructure vehicle around October and instead rolled the program into its broader secondaries business.

Both Pantheon and HarbourVest declined to comment on any fundraising.

Mantra last year bought stakes in a fund with exposure to Canadian oil and gas upstream and downstream services through its €80 million Mantra Secondary Opportunities fund. The firm is currently looking at a secondaries deal involving metals and mining and expects to make up to three energy-related deals this year, mainly in North America, Moyne said.

On GP-led restructurings, particularly for energy funds, market participants are divided over when they will ultimately take off. Recent examples include First Reserve, which has begun a process to offer options on two of its existing funds, while HarbourVest is currently looking at six potential deals across upstream and midstream energy, as well as renewable energy and natural gas and thermal-focused assets, according to Warn-Schindel.

When such deals will start flooding the market is difficult to predict, he said.

“I don’t know if anybody has a crystal ball that can predict that it’s going to be 2017 before you see energy GP fund restructures, but energy is definitely a theme,” Warn-Schindel said. “There’s a confluence of events that suggests there’s going to be an increase in dealflow and that’s the one thing everyone can agree on.”