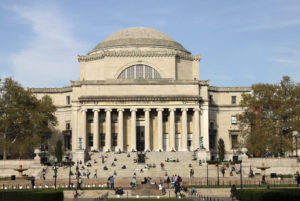 The Graphite Enterprise Trust has built up its position in BC European Capital IX, buying a stake in the fund from Columbia University, Secondaries Investor has learned.

Columbia’s interest in Fund IX was transferred to the Graphite Enterprise Trust, a London-listed fund of funds and existing Fund IX investor, run by Graphite Capital.

“We were pleased to increase our exposure to the fund’s developing portfolio, and this continues our strategy of looking to form long-term relationships with high quality European buyout managers,” Graphite Capital finance director Tim Spence told Secondaries Investor.

BC European Capital IX launched in 2010 and closed on €6.68 billion, above its €6.5 billion hard-cap, in 2012. Other limited partners include the Canada Pension Plan Investment Board and the Florida State Board of Administration. Pension funds make up 37 percent of the fund’s LP base, according to a statement.

The fund plans to invest in between 15 and 20 portfolio companies. It had made nine investments as of the end of 2014, including Swedish broadband and telephony company Com Hem, which the firm acquired from The Carlyle Group and Providence Equity Partners in 2011.

Fund IX was also used to invest in PetSmart, which BC acquired alongside a group of investors including La Caisse de dépôt et placement du Québec, at the end of last year. The pet supplies retail chain was reportedly valued at $8.7 billion at the time.

Targeted companies typically have enterprise values of between €300 million and €2 billion and focus on the business services, consumer, healthcare, industrial and media/telecom sectors.

The transaction marks Columbia’s second sale this year, according to UK regulatory filings. It sold its interest in Patron Capital III, a €867.6 million real estate opportunity fund, last month for an undisclosed amount.

This story has been updated to reflect that BC declined to comment.