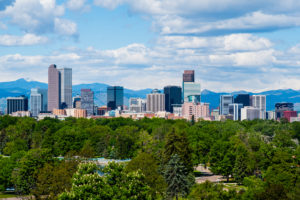 The Public Employees’ Retirement Association of Colorado has become the latest US pension fund to consider tapping the secondaries market.

According to a presentation prepared for its 16 March investment committee meeting, the Colorado PERA will “carefully review” secondaries opportunities as a buyer and a seller as a key part of its private equity strategy. It is not clear if it has concrete plans to carry out a transaction.

The pension will also look to create a more “defensive vintage” by investing in new strategies, in response to high prices in the private equity market. It does not specify what these strategies might be.

Colorado PERA had $49.9 billion in assets under management as of 31 January, according to another meeting document. It has a target private equity allocation of 8.5 percent and an actual weighted allocation of 7.7 percent.

As of the same date, 4 percent of its private equity holdings were in secondaries funds managed by Montauk Triguard, Strategic Partners and Lexington Partners, among others.

Colorado PERA is one of several US pensions to explore a secondaries transaction in recent months. In mid-March, the Maryland State Retirement and Pension System announced it was seeking an advisor to “help determine which assets to sell, the expected valuation of those assets on the secondary market, the optimal structure for the sale and a go to market strategy that would maximise value”.

In February the Los Angeles County Employees’ Retirement Association revealed that it is aiming to sell a portfolio of 130 “non-core” fund stakes worth around $1.4 billion, as it aims to reduce its administrative burden and double down on key relationships.