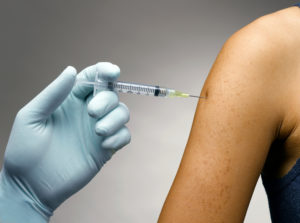 The London-headquartered secondaries firm sent letters to limited partners in Avista’s 2007, 2008 and 2012-vintage buyout funds in mid-June, offering to buy their stakes, according to two sources familiar with the deal.

It is understood that UBS has been engaged by Avista to advise on the transaction.

It is understood that the stapled deal will help Avista to speed up fundraising for its fourth flagship fund, Avista Capital Partners IV. Fund IV launched in January 2016 and has raised around $250 million so far, with an second interim close expected in the coming weeks, according to a source familiar with the fundraise. The vehicle has a $500 million target and a $1 billion hard-cap, the source said.

Funds I, II and III together hold around $3 billion in net asset value, and the deal is expected to close within the next two months, one of the sources said.

Fund IV had attracted 33 investors as of January 2017, with UBS acting as placement agent on the fund, according to a filing with the US Securities and Exchange Commission from January.

It is understood that Fund IV will only invest in the healthcare sector and that it has already invested in two deals: drug contract research organisation MPI Research and pain management practice operator National Spine & Pain Centers.

New York-headquartered Avista was formed in 2005 in a spin-out from Credit Suisse’s DLJ Merchant Banking Partners unit. The firm, which has around $6 billion in assets under management, makes control or influential minority investments of between $50 million to $300 million in mid-market companies, according to its website.

Stapled deals that closed last year had an average ratio of around 4:1 secondaries to primary capital, according to Campbell Lutyens’ 2017 Secondary Market Overview Report, which surveyed more than 55 of the world’s largest and most active secondaries funds.