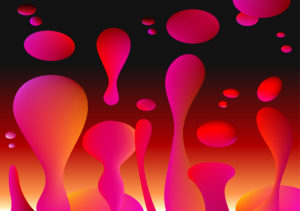 Liquid Stock, which secured the backing of some of the biggest names in secondaries, has held a final close on its debut fund.

The San Francisco-headquartered firm has raised $161 million for Liquid Stock Fund I, according to a statement announcing the close. Sixpoint Partners acted as placement agent.

Secondaries Investor reported in February that Coller Capital, Goldman Sachs Asset Management and Morgan Stanley Alternative Investment Partners had invested $150 million in the fund. According to founding partner Jeffrey Le Sage, the firm held off on the final close to give one last limited partner, who was in the process of founding a new venture, the chance to finalise their investment.

Liquid Stock extends part-debt/part-equity financing to shareholders in private companies, collateralised against their holdings, thus allowing them to monetise their equity without having to sell shares.

Such financing can help early-stage employees vest their share options in a more tax-efficient way, founding partner Robert Pitti told Secondaries Investor in February. It provides those who are already shareholders with access to liquidity while allowing them to remain invested in the company. Investors in Liquid Stock’s fund gain exposure to an array of private companies without having to buy equity.

Fund I will do between 15 and 25 deals, Le Sage told Secondaries Investor. Deals it has done so far range from under $1 million to $73 million. Rather than dealing with individual shareholders, the firm wants to get companies to offer their solution as a plan for the entire workforce. These plans are run through dedicated, separately managed accounts.

“If we love an issuer,” Le Sage said, “we’ll do deals that are smaller in size to help people understand the benefits of what we can do on a company-wide basis.”