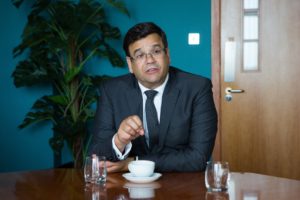 Coller Capital hasn’t bought assets from a pension plan since the start of 2007 and prefers to play at the more “complex” end of the market.

“Most of the market is focused on simple purchases of fund positions – the kind of ‘plain vanilla’ deal you get when a pension fund auctions a fund book,” chief investment officer Jeremy Coller told Secondaries Investor’s sister publication Private Equity International.  “Our thesis is: everyone else is building over there, so let’s build over here.”

A major focus of the firm’s most recent fund – $5.5 billion Coller International Partners VI – has been deals with banks that are trying to offload private equity assets.

“Private equity is just a pimple on the balance sheets of these banks, but for our needs it’s plenty big enough,” said Coller chief executive officer Tim Jones. “And banks face numerous issues in disposing of [private equity], from team incentives to accounting for goodwill. So it’s always complex.”

One recent example was a deal with Italy’s Banca Monte dei Paschi di Siena, supposedly the oldest bank in the world.

“[The bank] operated right across the European Union and also had its own direct investing business so there were all sorts of complications around how the assets were held and by whom,” Jones explained. “They knew these assets were non-core, and in the current environment, they knew they should dispose of them – but they didn’t know how to do it, because nobody in Italy had ever done this kind of transaction before.”

That deal took three or four months of problem-solving, Jones added. Another big issue for the banks is confidence of closure: they don’t want the deal to fall over at the last minute. That means they always look to teams that have successfully done this kind of purchase before.

A new Coller fund is expected in the not-too-distant future. Coller and Jones declined to comment on fundraising. But, according to limited partner sources, Fund VI is now about 80 percent invested, which means the launch of Coller International Partners VII could be later this year or early next.

The next fund may also end up doing more deals in Asia, where the firm has now established a Hong Kong base. “We’re not active buyers there on the scale that we are in the rest of the world, because the pool of capital is still quite young,” Jones said. “But one of our very recent investments – which we haven’t announced – is in Asia, and is in fact one of the largest Asia secondaries ever done.”

A version of this story originally appeared in the October issue of Secondaries Investor‘s sister publication Private Equity International.