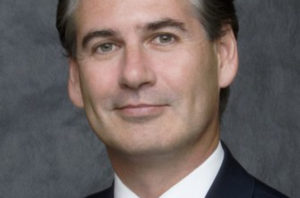 The global secondaries powerhouse notified investors today, with founder Jeremy Coller calling it a ‘disappointing development’ in a letter to clients.

Jones will remain an advisor to the firm.

Coller, who is chairman and chief investment officer, wrote in his letter: “Tim has contributed strongly to many aspects of our business over the years – not least, since 2013, as our CEO – and, on a personal level, Tim and I have worked closely together for over 15 years. We know that he has not made this decision lightly, however, and we fully respect his reasons. I would like to thank Tim for his enormous contribution to Coller Capital over the years.”

Jones, who is 56, also wrote to the firm’s limited partners, noting he hadn’t expected to be making this “difficult decision”, but it was due to “compelling personal reasons” that were not disclosed.

Jones stressed his years with Coller had been among the most rewarding of his professional life: “I joined the firm in the year 2000, when secondaries hardly existed as a discrete segment of the private equity industry, and Coller Capital itself had only 17 employees. Since then, both Coller and its industry have changed out of all recognition.”

The firm had grown exponentially and the industry was now turning over $40 billion in transactions annually, Jones added. “I hope to maintain my connection with Coller long enough to see it double that!”

Jones’ resignation will come as a surprise for many industry participants, not least given his heavy involvement in raising Coller International Partners VII (CIP VII), which closed on more than $7 billion just last month.

According to Coller Capital, there is no mention of Jones in the limited partnership agreement for CIP VII as a “key man”, with Jeremy Coller the only individual cited as a key person in the fund’s documentation.

The firm told investors it would now review its management systems and decide how best to proceed. “We are fortunate in having a robust platform of 180 people, including 18 partners – and strength in depth right across the business – so we do not anticipate any hiatus in our day-to-day operations.”