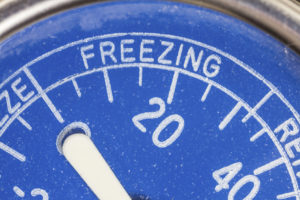 Correction: This article was updated to show that Clearstream became custodian of the stake through its acquisition of Citco’s Cork-based financial institution hedge fund custody processing business. It did not buy the stake through a secondaries deal.

Clearstream, a subsidiary of Deutsche Börse, has become custodian of stakes in a Brazilian agribusiness private equity fund, according to UK regulatory filings.

Citco announced in 2014 it had sold the business to Luxembourg-based Clearstream, which operates securities settlement systems, for a sum in the mid-double digit million euro range.

AGF Latin America Fund closed on $173 million in September 2013, above its $150 million target, after almost two years of fundraising and focuses on agriculture investments in Latin America, according to PEI’s Research and Analytics division.

Aqua has been busy this year, using AGF Latin America Fund to buy cold storage business Stock Tech Logística and merge it with portfolio company Comfrio Soluções Logísticas, in a deal worth $45 million. The result was  Brazil’s largest cold storage business. In April, it bought Grand Cru, the biggest wine store chain in Brazil, and in May, it picked up fertiliser business Dimicron, which it merged with existing portfolio company Aminoagro.

In August, the firm acquired tilapia producer GeneSeas, bringing the total current portfolio companies held in the fund to four, according to its website. The firm, which was founded in 2009, invests in the agribusiness value chain and targets Latin American companies with at least $20 million in annual revenues.

Clearstream is a European international central securities depository and is the custodian of €12.5 trillion in shares, bonds and investments funds, according to Deutsche Börse‘s 2014 annual report.

While agri fund stakes are rarely traded on the secondaries market, interests in Aqua’s two-year-old fund have previously changed hands. Last year, Brazilian investment bank BTG Pactual bought a stake in AGF Latin America Fund from Belfast-based investment office Kalat Investments, and Aqua itself bought about 23 percent of a stake in the fund back from Madrid-based specialty pharmaceutical company Kevilmare Espana, according to UK regulatory filings.

Clearstream, Aqua and Citco did not return requests for comment.