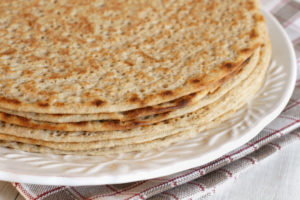 London-based Cinven typically acquires Europe-based companies that require an equity investment of €100 million or more and helps them grow globally. The firm, which has €12 billion in assets under management according to PEI’s Research and Analytics division, invests in business services, consumer, financial services, healthcare, industrials, technology, media and telecommunications.

Pricing for the stakes and other terms of the transactions were unavailable.

In a recent transaction, Ardian bought a stake in the Fourth Cinven Fund through its ASF Brother vehicle from Nordea Alternative Investment – Global Private Equity Fund I. Nordea Asset Management is a unit within Nordic firm Nordea Group, the largest financial services group in northern Europe, according to its website. The division had about €174 billion in assets under management as of 31 December, and manages asset classes across the full investment spectrum, according to its website.

Landmark also bought two stakes in the same Cinven fund through its Landmark Equity Partners XV and NCL Investments vehicles, according to three separate filings. NCL Investments is a separately managed account of Landmark’s, according to a performance review document from North Carolina Department of State Treasurer, which committed $250 million in Landmark Equity Partners XV. Landmark bought the stakes from Hamilton Lane, which sold them through its Hamilton Lane Secondary Fund II.

This is the second time this year Strategic Partners has bought stakes in Cinven funds, after the unit’s purchase of a stake in Third Cinven Fund earlier this year from Chase Capital Partners, which was renamed JPMorgan Partners in 2000.

Cinven funds were the fifth most sought-after large buyout funds by secondaries buyers, according to a 2015 second-quarter report by Setter Capital, which ranked the 20 Most Sought-After European Large LBO Managers on the secondary market.

The Third Cinven Fund has held companies including Fitness First, the world’s largest privately-owned health club group, which it sold to BC Partners in 2005 for £835 million ($1.3 billion; €1.1 billion), having taken the company private two years prior in a £404 million deal.

Landmark, Strategic Partners, Ardian and Nordea did not return requests for comment by press time. Hamilton Lane, Cinven and HarbourVest declined to comment.