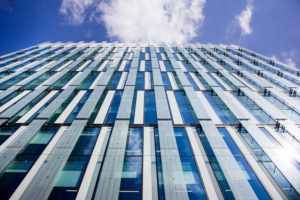 The real estate secondaries market is shaping up for a strong year for both fundraising and dealflow, with encouraging signs from large portfolio sales and tail-end transactions.

There are at least four dedicated real estate secondaries funds in market targeting a total of around $5.5 billion, according to sister publication PERE’s data. A handful of $1 billion-plus vehicles dominate the fundraising market as the high level of dry powder being accrued in the private equity secondaries market is reproduced in real estate.

According to Jonathan Abecassis, a London-based director in Credit Suisse’s private fund group, 2017 may exceed the record deal volume from two years ago.

“Credit Suisse believes that 2015 represented a high point to date for real estate secondaries volumes, with over $6 billion transacted, with 2016 at least one third down driven by fewer large portfolio sales,” he said. “However, given individual sales can exceed $1 billion, it wouldn’t take many sellers to exceed 2015’s figures.”

Dimme Lucassen, an investment manager at Aberdeen Asset Management, is similarly optimistic. Large portfolio sales such as Harvard’s $1.5 billion, which Secondaries Investor reported at the end of April, would cause deal volumes to spike. He added that there were also opportunities to be found in tail-end funds.

“A number of funds are coming to the tail-ends of their lives,” Lucassen said. “With quite a number of vehicles with ’06, ’07, ’08 vintages coming to the end of their natural lives many are looking for some way or form to replace existing capital. We are quite positive in terms of deal pipeline. As a buyer it’s an interesting market to be in.”

Landmark Real Estate Partners VIII is targeting $2 billion, the largest amount ever sought in this asset class, as reported by Secondaries Investor. The firm “expects to capitalise on the inefficiency and illiquidity of the secondaries real estate market,” Jamie Hamrick, a senior investment officer at the San Diego City Employees’ Retirement System,wrote in a November recommendation memo.

Aberdeen announced in January it had raised around $215 million in the preceding three months, including an undisclosed amount for its global real estate secondaries fund. The firm is seeking €500 million for the vehicle which will mainly focus on Europe, with an Asia-Pacific and Americas component, according to a December media report.