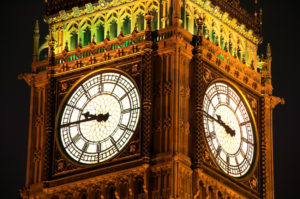 Proposed changes to the way UK limited partnerships are governed would help the UK private equity primary and secondaries markets by removing administrative burdens and making the jurisdiction a more competitive place, according to a lawyer who works on private funds.

In July, the UK government launched a consultation on suggested changes, including the definition of permitted activities, removing nominal capital contributions and amendments to the way LPs are registered.

“The proposals would help the UK to have the best of both worlds, which is to be an onshore European Union jurisdiction with access to all the benefits, actual or perceived, of the marketing passport under the Alternative Investment Fund Managers Directive, plus giving sponsors and investors a partnership structure that is arguably more fit for purpose,” Christopher Gardner, a partner at law firm Dechert in London, told Secondaries Investor.

“The proposals should have the effect of ensuring that a UK private fund partnership model is not discounted because it doesn’t offer some of the nuances that are market-standard in today’s private equity and secondaries space,” he said.

The changes aim to “eliminate many of the uncertainties and inconveniences associated with existing UK limited partnership law”, to ensure the UK remains the market standard for European private equity partnerships, according to the government’s consultation document.

Currently, public notices must be made when changes are made to limited partnerships, including when parties sell fund interests on the secondaries market. If made law, the proposed changes would remove this requirement, though this would have little effect on secondaries deals, Gardner said.

“If you have a compelling investment opportunity, you would still want to go through with it regardless of whether or not you have to appear on a public register,” he said.

If passed by Parliament, the changes would probably take effect within the next 12 to 24 months, Gardner said.