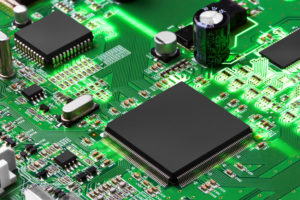 The CalPERS document indicated that investors in the 2005-vintage fund, which closed on $7.9 billion, were asked to approve the extension to allow Carlyle to liquidate its remaining investments in aerospace hardware distributor and inventory management services provider Wesco Holding and embedded semiconductor designer NXP Semiconductor.

CP IV invested in portfolio companies between 2004 and 2007. Carlyle’s latest 10-Q filing with the SEC from 10 February shows that CP IV’s remaining fair value stood at $986 million at the end of 2015 with an unrealised multiple on invested capital (MOIC) of 1.3x. It was 97 percent invested.

The fund’s total investments had a fair value of $18.01 billion, MOIC of 2.4x and a 13 percent net internal rate of return, according to the document. It listed NXP as the fifth largest publicly traded equity position for the firm, with a fourth-quarter 2015 value of $929 million.

Dutch company NXP is the result of its a merger with Freescale Semiconductor, which was acquired by NXP in December 2015. Carlyle initially bought Freescale In 2006 in a consortium of private equity buyers that included The Blackstone Group, Permira Advisors and TPG Capital.

A spokeswoman for Carlyle could not be reached by press time.