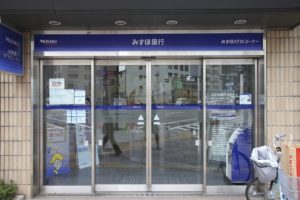 CAP III launched in 2007 and raised $2.55 billion, short of its $5 billion target, according to PEI’s Research and Analytics division. Limited partners include the California Public Employees’ Retirement System and China Development Industrial Bank.

CAP III was generating a net internal rate of return of 10 percent and an investment multiple of 1.3x, as of 30 June 2014 according to CalPERS’ website.

PAI Europe V is a 2008-vintage fund that raised €2.7 billion, according to the firm’s website. The Canada Pension Plan Investment Board and Belgian investment firm Brederode are LPs in the fund.

WealthCap, the German asset manager of UniCredit, was also an LP in the fund but sold its stake to Luxembourg-based Stratus Investments in December. The State Board of Administration of Florida also sold its position to Partners Group last year, and French asset manager La Financière Patrimoniale d’Investissement sold its commitment to the Graphite Trust.

The fund has partially exited its share in IT services company Atos and in the middle of last year it fully exited duty free retailer Nuance for CHF 1.55 billion (€2.8 billion; $1.63 billion). Together, the two exits generated an average return of more than 2.5x.

The Mizuho private equity portfolio is valued at roughly $1 billion, media reports disclosed in November. It is unclear how much Lexington paid for the portfolio, but the transaction also reportedly included up to $250 million in new buyout fund commitments.

Lexington purchased the portfolio using its latest fund, Lexington Capital Partners VIII. The fund had collected $6 billion toward its $8 billion target, as of November.