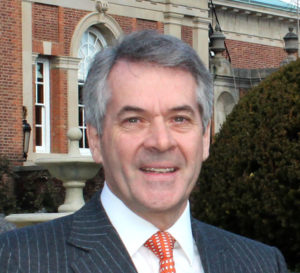 Campbell Lutyens has appointed to its advisory board Sir Peter Westmacott, a career diplomat who served as the British Ambassador to the US from 2012 until his retirement in January 2016, the London-based placement agent said in a statement.

Sir Peter’s appointment is Campbell Lutyens’s latest move in its efforts to grow its North American business. Managing partner and chief executive officer Andrew Sealey said in a statement that Sir Peter’s “unique experience and relationships in the US” would help the firm expand its reach in the North American market.

Campbell Lutyens said in March that it had hired senior vice-president Andrew Symons from Forum Capital Partners, a New York-based placement agent, to boost its limited partner coverage in the US. Symons is based in New York.

Sir Peter’s career as a diplomat spans 43 years. He was posted to Washington DC twice: in the mid-1990s, he was the British Embassy’s Counsellor for Political and Public Affairs, returning in 2012 after serving as the British Ambassador to France (2007-2012) and to Turkey (2002-2006). He also spent three years as the Foreign and Commonwealth Office’s Director for the Americas (1997-2000).