Campbell Lutyens has added a senior Bain & Company figure to its global advisory board.

The secondaries advisor and placement agent has appointed Suvir Varma, former head of Bain’s financial investor practice in Asia-Pacific, according to a statement.

Varma has been with the Boston-based management consultancy for 17 years and is a senior advisor, having previously served as a senior partner advising private equity and sovereign wealth funds on their investment strategies in the Asia-Pacific region. He also served on Bain’s investment committee.

Prior to that he spent six years at consultancy AT Kearney, where he led the firm’s strategy practice in South-East Asia.

Campbell Lutyens has 20 employees based in Hong Kong and Singapore and is advising on $7.8 billion of transactions for Asia-Pacific clients, the statement noted.

Its Singapore office officially opened in June and is led by principal Aiva Sperberga, who ranked 17th in Secondaries Investor‘s Young Guns of Secondaries Class of 2017.

In 2017 Campbell Lutyens appointed Teh Kok Peng, president of GIC Special Investments from 1999 to 2011, to its global advisory board.

The global advisory board is led by chairman Gordon Bajnai, former prime minister of Hungary and member of the investment committee of the European Investment Bank’s European Fund for Strategic Investments, according to the EIB’s website.

Campbell Lutyens has a team of 140 people across its seven offices. 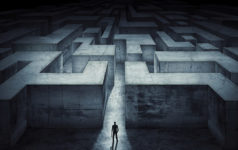