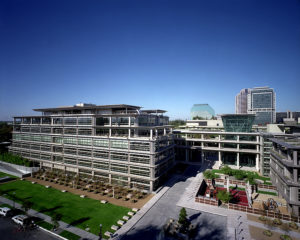 The California Public Employees’ Retirement System (CalPERS)  forecasts investing $36.5 billion in private equity commitments in the next five years leading up to 30 June 2020, according to the system’s Private Equity Annual Program Review.

The pension reported that it has decreased its general partner relationships to 100 from 132 and hired an investment director to focus on co-investments. It is “progressing with significant restructuring and portfolio rebalancing” to promote manager selection and alignment and noted that “over-diversification negatively impacts performance” and “costs matter”.

As part of its initiative to increase transparency and improve reporting, CalPERS launched its Private Equity Accounting and Reporting Solution (PEARS) on 1 October. Planning for its PEARS Release 2 is underway and more details are expected this month.

“CalPERS will continue to partner with managers that deliver strong performance, and who want to work with CalPERS on both disclosure and transparency,” the review said.

CalPERS will focus on customised investment accounts and co-investments moving forward to have more control of its private equity programme, the report said.

Of that total NAV, buyout accounted for $16.9 billion, or 59 percent. CalPERS’ target is to slightly increase the buyout, credit-related and opportunistic portions of its private equity programme and decrease its exposure to venture capital and growth/expansion strategies.

The system had the most exposure in the US, at 51 percent of its private equity portfolio, and in the consumer  sector, at 23 percent, as of 31 March.

CalPERS’ private equity performance beat its benchmark in the 20 years leading up to 30 June, returning 12.3 percent compared with 11.4 percent for the benchmark. But it underperformed in the 1-, 3-, 5- and 10-year periods.

Its portfolio risk lies in an expected decline in distributions from fund managers given its low level of contributions; the lack of diversity in vintage year with two-thirds of its NAV concentrated in 2006-2008 funds; its unfunded commitments of $14.2 billion; and $3.9 billion NAV in funds of funds.

For the 5-year strategic plan until 2020, CalPERS said it will reduce the complexity of private equity investing by concentrating its portfolio and seek better alignment through cost-effective structures.