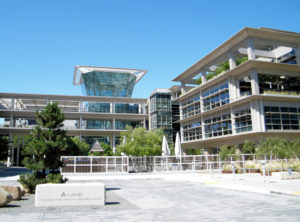 The private equity sale generated around $450 million in proceeds for the US’s largest public pension and resulted in a reduction of ties with 24 managers, a report by the Pension Consulting Alliance on CalPERS’ first half private equity programme performance shows.

It was not clear if the figures refer to CalPERS’ attempt to offload around $2.7 billion in private equity fund stakes, as reported by Secondaries Investor in May.

The pension had relationships with 94 private equity managers on 30 June, according to its CIO Performance Report. CalPERS has previously said it wants to reduce this number to 30.

Secondaries and co-investments accounted for about 9 percent of the private equity programme’s net asset value. Despite this, they comprise 1 percent of unfunded commitments because deals in the strategies are frequently or substantially funded upon closing, the report noted.

CalPERS is still below its target allocation to private equity: the asset class accounts for 8.9 percent of of its total portfolio. The interim target is 10 percent and the long-term target is 12 percent.

CalPERS’ private equity programme’s five largest GP relationships represent 36 percent of net exposure, defined as cost plus unfunded commitments, according to the report. Buyout fund commitments exceeded $100 billion and accounted for 73 percent of total US fundraising during the first half of the year.

Buyout was also the biggest contributor to the program’s overall performance, representing 57 percent of its NAV.

CalPERS’ private equity programme’s NAV was $26 billion and decreased due to $6.6 billion of distributions of capital from managers, which in total exceeded contributions of $3.5 billion. The programme owns interests in more than 6,000 portfolio companies, in mainly consumer discretionary, financials, information technology, healthcare, industrials, and energy sectors.