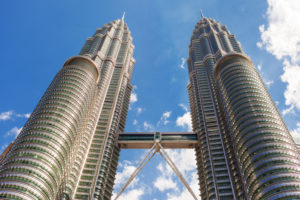 “For us Asia is an opportunity but there are also challenges – environmental, social and governance (ESG), accounting and sustainability issues – but we still see it as growth opportunity and we are looking to put more capital into this region,” Hollinger said.

When asked about investing directly in Asia, Hollinger said: “I don’t see us committing capital to a boots-on-the ground presence in Asia within the next five to seven years. We are constrained by salaries to go direct.”

CalPERS is however looking to consolidate its infrastructure, real estate and forestland programmes as part of its broader real assets strategy, as reported by sister publication PERE.

In March 2015, the pension fund entered into a partnership with Australia’s Queensland Investment Corporation to run an $805 million customised Asia-Pacific infrastructure portfolio.

CalPERS had approximately $293 billion in assets under management as of 13 April. Its private equity investments fall within its Alternative Investment Management program which has generated more than $34.1 billion in profits since inception in 1990.

The pension allocates 54 percent of its portfolio to equities, 20 percent to fixed income, 9 percent each to private equity and real estate, 6 percent to inflation-sensitive assets and 2 percent to infrastructure.