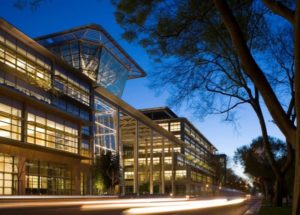 Secondaries funds were the best-performing strategy for the California Public Employees’ Retirement System during the first half of 2016.

The strategy significantly outperformed CalPERS’ four other private equity programmes which include regular limited partnerships, customised accounts, fund of funds, and co-investments and direct investments, for most time frames.

For the 10-year period ending 30 June, secondaries delivered a 10.9 percent internal rate of return, according to the report, beating the 10.2 percent IRR realised by regular partnerships.

In the five years leading up to 30 June, secondaries returned 24.4 percent, more than double the 10.4 percent given by funds of funds, the second-best strategy. The results were even more impressive for the three-year period, with secondaries performing at a whopping 39.6 percent IRR, almost triple the 14.2 percent from customised accounts.

Secondaries delivered 5.6 percent IRR for the one year leading up to 30 June, coming in second after customised accounts, which marked a 12.9 percent IRR.

The pension fund saw more varied results in the same report last year, with secondaries failing to be the best-performing strategy for any of the four time periods. In the one-year period to 30 June 2015, they returned 12.7 percent IRR, while funds of funds delivered the best rate, at 22.8 percent.

The US’s largest public pension fund has relationships with secondaries fund managers such as Capital Dynamics, Coller Capital and W Capital Partners, according to its CIO Performance Report released in June.

CalPERS manages $306 billion in assets, of which $26 billion is in private equity, as of June.

Secondaries not shown because it is <1%. Source: CalPERS.