California Public Employees’ Retirement System, the US’s largest public pension, has reduced its private equity commitments by 35 percent over the past three fiscal years amid a decline in the number of proposals received.

The Sacramento-based pension made $3.3 billion of commitments to private equity in the 2016-17 fiscal year, down from $4 billion the previous year and $5.1 billion in 2014-15, according to a review from board consultant Meketa Investment Group. 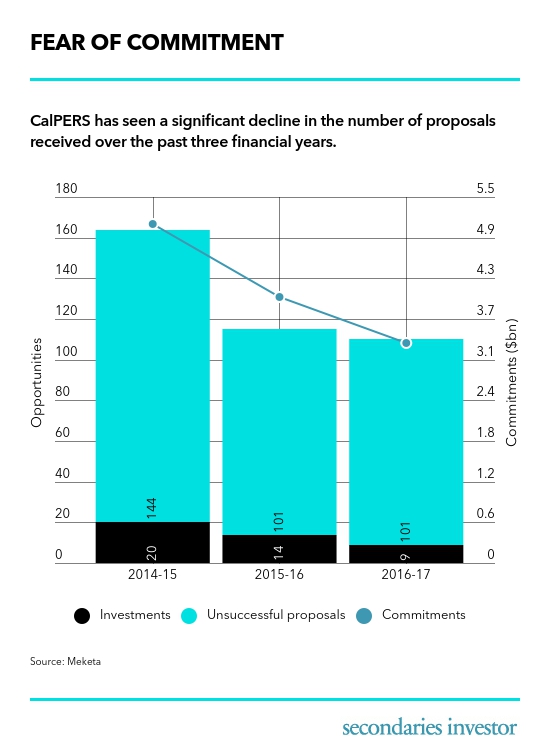 CalPERS has exclusively committed to managers in its Core 30 list over the past three fiscal years, according to the report. The strategy of investing with a limited number of managers could “limit the effectiveness” of the CalPERS private equity programme, Meketa noted.

The Core 30 list was formed as part of a five-year strategic programme launched in 2011 to reduce risk, cost and complexity in its portfolio of external managers and cut the number of direct relationships it has with general partners.

CalPERS generated at least $884 million in proceeds from sales of private markets stakes last year, representing at least 72 funds across 40 managers, according to reports from the Pension Consulting Alliance.

The latest figures mean CalPERS has not met its $4 billion commitment target for the year and may struggle to maintain its 8 percent interim target allocation in the long term. Meketa’s report noted the decline was “unexpected given the strong fundraising environment”, and that it had not researched the reasons for this trend.