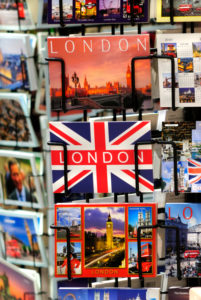 In addition to this, the Chancellor on Thursday announced that carried interest will not be included in the wider reduction of the capital gains tax from 28 percent to 20 percent. Gains on residential property will also remain at 28 percent.

“Following the draft legislation issued at Autumn Statement 2015, the government has finalised the rules that determine when asset managers can pay capital gains tax rather than income tax on their performance related returns (‘carried interest’),” the budget statement notes. “These new rules ensure that carried interest will be taxed as a capital gain only when the fund undertakes long term investment activity (with investment horizons longer than three years).”

The taxation of carried interest has been a contentious issue for the private equity industry in both the US and UK for over a decade. Most recently, it has drawn comment from candidates in the current US presidential campaign, with frontrunners Hillary Clinton and Donald Trump both pledging to increase tax on carry should they win the presidency in November.

Commenting on the news, Tim Hames, director general of the British Private Equity & Venture Capital Association (BVCA), said that “it is a mistake for the Chancellor to exclude carried interest from the otherwise welcome reduction in the capital gains tax rate as this is an entirely illogical position. We believe he should reconsider this stance as the Finance Bill moves to parliamentary consideration.”

A new cap on debt interest relief announced today could also affect the leverage arrangements of some private equity portfolio companies. From April, interest deductibility will be limited to 30 percent of UK EBITDA. The new rules are in-line with OECD (Organisation for Economic Co-operation and Development) recommendations on tackling multi-national base erosion and profit shifting (BEPS).

Under the current regime, there is a loophole enabling some companies to claim interest relief in two different jurisdictions on a single credit line. To prevent the new rules hitting multi-nationals with high leverage for genuine commercial reasons, the UK will apply a net interest to EBITDA ratio for the worldwide group. That ratio was not announced in the Business Tax Roadmap, published by the Treasury.

The new interest tax relief cap will be implemented from 1 April next year and will apply only to the largest companies, with a de minimus group threshold of £2 million ($2.8 million; €2.5 million) net of UK interest expense.

Rachel McGovern contributed to this article.