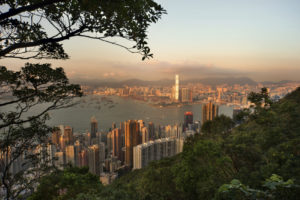 The private equity secondaries market has started to gain traction in Asia, according to a memo from UK law firm King & Wood Mallesons SJ Berwin.

“It’s only in the last few years there has been any significant secondaries activity and the number of opportunities is much smaller than in Europe and in the US,” Jonathan Blake, head of the international funds group at King & Wood Mallesons SJ Berwin, told Secondaries Investor.

However, it can be very difficult to get involved in the market because a lot of the opportunities are snagged up by brand name international secondaries funds. This group of buyers is small, but the supply of fund interests they’re seeking may be even smaller.

“We need to realize there are fewer sophisticated primary funds in Asia compared to the US and Europe and therefore fewer funds with impressive track records,” said Guo Sun Lee, an associate in the King & Wood Mallesons SJ Berwin Hong Kong office.

As a result, Asia’s secondaries market has experienced an upward drive in prices.

“As the market matures for secondaries, more buyers are focusing on the few good Asia secondary opportunities, so there is competitive bidding to drive up prices,” Lee added.

In some cases pricing on Asia’s secondaries market is higher than in Europe and the US, the memo said.

Still, the overall secondaries market in Asia lags behind the Western markets and it’s unclear when it will catch up.

“What’s significant is that it’s started moving and most of these brand name secondaries players have established offices in Asia, so the infrastructure is there and there are more deals happening,” Blake said.