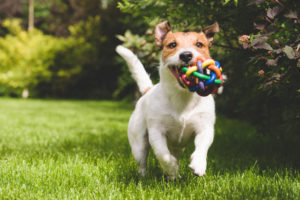 BlackRock, the world’s largest asset manager, has sold its stakes in a 2002-vintage European buyout fund to Hollyport Capital.

It was not clear from the filings how much Hollyport paid for the stakes or when the deal closed.

Bridgepoint II is a €2 billion vehicle that has invested in companies including pets supplies retailer Pets At Home and 1st Credit, a debt purchase and collection business. The vehicle now holds only a few assets, according to a source familiar with the fund.

Bridgepoint II had a 29.5 percent net internal rate of return and a 2 x return multiple on 30 June 2015, according to a performance document from the California Public Employees’ Retirement System, an investor in the fund.

Hollyport Secondary Opportunities V is Hollyport’s latest secondaries fund, which closed above target on £187.5 million ($270 million; €240 million) last November after five months of fundraising, according to PEI Research and Analytics.

BlackRock, which has $4.6 trillion in assets under management according, is planning to raise an Asia-focused fund of funds vehicle this year to invest in buyout funds and at the same time co-invest in underlying companies.