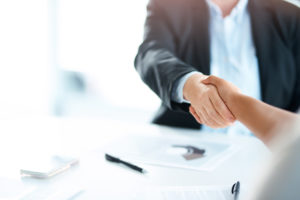 Veena Isaac will join the secondaries team at the world’s largest asset manager in January, according to two sources familiar with the matter. It is understood that Isaac will join as a managing director and her last day at Jasper Ridge’s Menlo Park headquarters will be Friday.

Isaac joined Jasper Ridge in 2016 and focused on directs, co-investments and manager selection in addition to secondaries, according to the firm’s website. Prior to that she spent eight years at Pantheon where focused on secondaries.

Her prior experience includes Lehman Brothers in capital markets and Goldman Sachs in investment banking.

Isaac’s hire follows that of Goldman Sachs’s Steve Lessar and Konnin Tam, who joined BlackRock at the end of July to lead the asset manager’s push into secondaries. The firm has been advertising for investment professionals to join its secondaries and liquidity solutions team, including an experienced director and an associate.

Jasper Ridge manages more than $18.8 billion in assets across various asset classes, according to its website.

Jasper Ridge and Isaac did not return requests for comment.