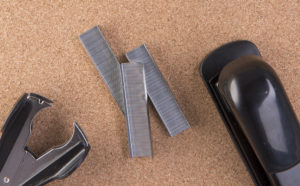 The BC Partners staple deal in the first half of this year is seen by many market participants as the first in which a big-name manager used a secondaries process for their existing funds.

Investors in the London-headquartered buyout firm’s €6.7 billion, 2011-vintage BC European Capital IX fund were given the opportunity to sell their stakes, with Lexington Partners agreeing in August to acquire around $700 million worth of stakes from 22 LPs and commit around $300 million to the firm’s 10th flagship fund that is targeting €7 billion.

UK regulatory filings show the diverse mix of LPs that decided to sell all or part of their stakes in Fund IX.

Among the more curious are Saskia, Yvonne, Nicola and Mirja Bauer, who own the entirety of German media conglomerate Bauer Media Group, holder of magazines such as Heat and Grazia as well as an array of television channels and radio stations. They transferred 100 percent of their individual interests in the fund.

The Trustees of the Henry Smith Charity, a UK-based organisation that makes £25 million ($34 million; €28 million) in grants per year to initiatives that address social inequality and economic disadvantage, also transferred its entire interest. The fund has £864.5 million in assets under management, according to PEI data, with 35 percent allocated to alternatives.

Those that choose to sell only part of their stake in Fund IX include Pomona Voya (US) Holdings IV, a Pomona Capital-managed vehicle for New York-headquartered Voya Investment Management, and HarbourVest Partners.

A broad selection of sellers is listed below.