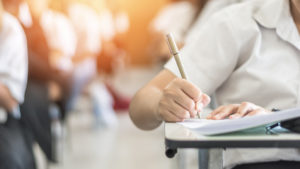 Baring Asia Private Equity has lifted post-secondary education provider EduCo Global out of its 2007-vintage Fund IV and into a new vehicle, according to three sources familiar with the matter. Coller Capital is lead backer of the deal, said one of the sources.

Campbell Lutyens is understood to be the advisor.

A vehicle named EduCo Continuation Fund was registered with the US Securities and Exchange Commission in September. Baring is maintaining full control of the vehicle, Secondaries Investor understands.

The gross asset value of the fund was $188 million as of May, according to the firm’s Form ADV. The size of the continuation fund is unclear.

Fund IV had delivered a 12.21 percent net internal rate of return and 1.36 multiple as of 31 December, according to pension documents from SBCERA.

Baring ranked 33rd in the PEI 300 ranking of the biggest fundraisers in private equity. It is the second-largest Asia-headquartered firm on the list after Hillhouse Capital.