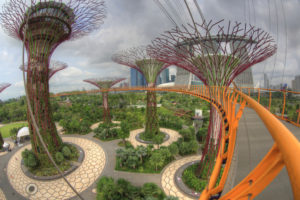 Axiom Asia Private Capital, a Singapore-based private equity firm, has raised about $391 million for its latest vehicle, according to a filing with the Securities and Exchange Commission.

The firm has attracted commitments from about 26 investors for its fourth fund of funds, Axiom Asia IV, according to the 24 November filing. The target was not clear from the filing.

Axiom took just four months to raise its previous fund of funds, Axiom Asia Private Capital Fund III, which beat its $950 million target to close on $1.15 billion in March 2012, according to PEI’s Research and Analytics division.

Axiom makes secondaries purchases through its funds of funds in addition to co-investments and direct investments, as well as its main activity of investing in private equity funds across buyout, growth capital and venture capital. The firm focuses on Japan, Korea, China, south-east Asia, Australasia and the Indian subcontinent.

There are currently 39 funds in market focusing on secondaries, fund of funds or co-investments in the Asia-Pacific region, seeking a total of at least $6.6 billion, according to PEI data.

Founded in 2006, Axiom manages over $2.5 billion in commitments, according to its website.