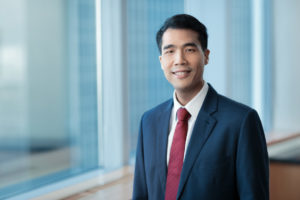 How would you characterise the secondaries market in Asia?
We understand from various surveys that $2 billion to $3 billion of Asian assets are sold each year; that’s less than 10 percent of the global secondaries market.

In recent years it has been more of a seller’s market, which is why we have been more active on co-investments than with secondaries. However, we expect to see more secondaries in our latest fund, as there’s more uncertainty in the markets and investors may want to rebalance their portfolios. As the primary market in Asia continues to grow, the secondaries market will mature. Indeed, we are seeing an increasing variety of transaction types. Aside from LP positions, we come across unicorn-heavy venture capital funds, GP restructurings and the occasional bank spin-out.

Is there more competition now from global funds going after secondaries deals in Asia?
It is competitive but no more so than before. Several years ago it felt like every global secondaries fund was setting up shop and hiring in Asia, but things seem to have settled a bit.
There are challenges working for a multi-billion-dollar global secondaries fund in Asia. The home markets (US or Europe) are prolific markets and see much greater deal flow. In Asia they may have to work twice as hard to commit half the capital and that may be why they haven’t expanded their teams here.

What types of deals are you are targeting this year?
We can consider any private equity fund or portfolio in Asia, but our current focus is on younger funds – from 2011-2015 vintage years – since most buyers seem to be focused on the opposite end of the spectrum with tail-end transactions and GP restructurings.

Younger funds tend to have larger amounts of uncalled capital and hence greater “blind-pool risk”. Axiom has one of the largest investment teams based in Asia and we are constantly meeting managers across the continent. Given this, we are well-placed to evaluate blind-pool risk as we are able to diligence not just assets but also teams, and therefore have a much better sense of how the “unfunded” part of a secondaries position will perform.

You mentioned before that you’ve been most productive buying LP positions in Asian funds that are not the [frequently traded] ‘flow names’. Could you elaborate?
As we are primary fund investors focused on Asia, we find that we have a competitive advantage compared with most secondaries buyers on Asian funds, particularly those funds that are less well known to investment committees sitting outside the continent. The LP positions we buy tend to be in high-quality funds which are less often traded in the secondaries market as opposed to “flow-name” funds which are highly prevalent and where there is more competition.

What’s ahead for Asian secondaries in the next 12 months?
I have been hoping that it will become a buyer’s market, but I have to admit that it will more likely continue to be a seller’s market