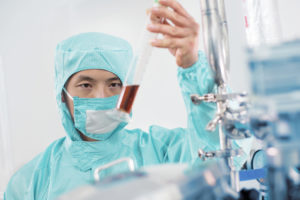 Medical Research Future Fund (MRFF), part of Australia’s Future Fund, will focus on secondaries because of its need for liquidity.

MRFF, which is dedicated to supporting medical research and innovation and manages A$4.5 billion ($3.5 billion; €3.1 billion), will focus on private equity investments that have a shorter length of time until liquidity than a typical fund, Future Fund noted in its 2015-2016 annual report.

“This includes secondary purchases of mature private equity positions and fund commitments to managers that are known to hold investments for a shorter duration than the typical private equity manager would,” the report noted.

MRFF provides financial grants to assist the sustainability of Australia’s health system and drive medical innovation, and has a different private equity strategy to Future Fund due to its lower tolerance for illiquidity.

The fund has a A$20 billion capital target and had 8 percent of its portfolio invested in private equity, as well as 9 percent invested in alternatives as of 30 June.

During the 12 months to 30 June, MRFF acquired A$233 million of mature private equity positions and A$194 million of unfunded commitments from Future Fund as part of a broader asset disposal by the sovereign wealth fund.

Future Fund sold a portfolio of private equity stakes to Canada Pension Plan Investment Board at the end of last year as part of efforts to rebalance part of its portfolio. The sovereign wealth realised A$1.7 billion through these sales by taking advantage of favourable secondaries market conditions, the report noted.

Excluding the portfolio sale, Future Fund received 18 percent of its private equity distributions from secondaries. The fund wants to invest in opportunities where it can earn premiums through more liquid investments, including secondaries, buyouts and co-investments, the report said.

Since its 2006 inception, Future Fund has returned an average 7.7 percent per annum, above its 6.9 percent target, and has more than doubled the initial investment of A$60.5 billion. The sovereign wealth has A$122.8 billion in assets.