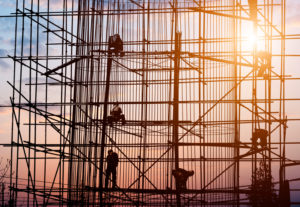 The City of Aurora General Employees’ Retirement Plan has invested $15 million in two funds of funds, according to Thomas Connell, pension plan administrator.

Aurora GERP, which is based in Colorado, invested $10 million in HarbourVest Partners X and $5 million in Abbott Capital Management’s 2016 annual programme, he told Secondaries Investor. The funds of funds typically make primaries and secondaries investments.

These are both re-ups for the $406 million pension plan, which is an existing investor in previous funds of the two managers.

Beginning in 2002, Aurora GERP’s board authorised several private equity investments in venture capital, buyout, mezzanine financing and distressed debt. As part of the program, 12 funds of funds managed by Abbott Capital Management and by HarbourVest Partners were selected as the investment vehicles, according to Aurora GERP’s annual financial report for fiscal year ended 31 December 2011.

As of 31 December 2014, the plan’s private equity commitments totalled nearly $39 million, including $20.5 million to HarbourVest’s funds. The remaining, or $18.3 million, was into Abbott Capital Management’s funds, according to the pension fund’s 2014 annual report.

Abbott Capital’s annual funds have typically ranged in size between $80 million and $150 million in recent years, according to data from PEI Media’s Research and Analytics division. It’s unclear how much HarbourVest is targeting with its HarbourVest Partner X.