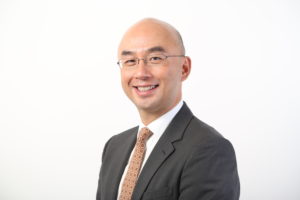 Direct secondaries are set to rise in Asia, where there are guaranteed exit options and more than 6 percent growth says Lucian Wu, the newly-appointed managing director in Auda’s Hong Kong office.

How has the broader secondaries market evolved  in Asia?

When I started looking for private equity secondaries investments in Asia in 2008, the market here was in its nascence. It is encouraging to see that it has made quantum leaps since then. The numbers of secondaries firms on the ground, deals being done and a much better appreciation of how the secondaries market can be used by GPs and LPs alike have all increased.

What makes direct secondaries deals so attractive in Asia?

In more mature markets, there is generally a 4:1 ratio of fund interests to direct secondary deals. However, in emerging markets, direct secondaries are becoming increasingly popular and given the state of development of the market out here, there’s more scope for more such deals to be done.

For example, in India, with the volatility around global investors’ appetite for making primary commitments, the relatively high GP turnover and the recent improvements in macros, we are seeing a lot of interesting secondary opportunities. The re-opening of the Chinese capital markets notwithstanding, there are still a lot of private equity-invested companies still to be exited in China – some estimates suggest there are as many as 7,500 of such companies with a total value of over $100 billion. The total addressable market could be huge.

Auda opened a new office in Shanghai in May and recently hired you and Eunseok So in its Hong Kong Office. Why is the firm expanding its Asian presence?

One of the biggest drivers behind increasing capital allocation to Asia is the availability of growth here. Even with China and India slowing down, we are still looking at more than six percent of growth in the Asian market. This is impressive, in particular when compared with what we are seeing in the rest of the world. The Asian private equity market has also made huge progress in the past two decades, in terms of corporate governance, transparency, better interest alignment between GPs and LPs, the institutionalisation of GP teams and the increasing number of GPs raising successive funds with demonstrable track records. These are all indicators of an increasingly level of sophistication of the market.

Asia is a huge and diverse market and it is difficult to cover the market from just one location. We really have to be on the ground, to be close to our investors and GPs. We are adding a lot of depth and breadth to the team, ensuring that we have strong execution capabilities across all strategies in Asia. With our Hong Kong office having opened in 2007, we believe it is now the right time for opening another office in China. We are always very thoughtful and methodical in our expansion efforts and will no doubt be considering adding other cities to our footprint in our further expansion in Asia.