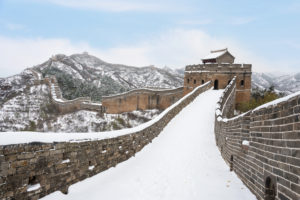 Funds with a specific Asia-Pacific focus remain thin on the ground, according to Private Equity International data.

There were no final closes for Asia-Pacific dedicated funds in the second half of 2016 or first half of 2017. Over that period $1.7 billion was raised for Europe-focused funds, $6.1 billion for North American funds and $25.2 billion for multi-regional vehicles.

Final closes for Asia-Pacific funds over the past four years have been sporadic. The strongest half since the start of 2013 was the six-month period to June 2016 when four Asia-Pacific-focused funds closed on a combined total of $806 million, accounting for 4 percent of total secondaries fundraising by value over the period.

According to Ardian’s UK head Olivier Decannière, writing in the firm’s  annual report, the Asian secondaries market still has some significant obstacles to overcome.

“Although there are more Asian institutions looking for secondary liquidity, they are usually selling US and European assets,” he said. “The secondary market in Asian assets is still limited. Everyone is looking but it’s harder to find high-quality portfolios and coverage of the market is not as detailed, especially at the level of local market funds and among Small Caps.”

At the same time, there are others who believe that trying to tap the Asia-Pacific region through a multi-regional vehicle is inherently flawed.

Global secondaries firms have so far raised world-wide funds with Asian allocations and not regionally focused funds, an Asia-based market source told Secondaries Investor. Such teams tend to be globally focused as even if they are locally based, they are attached to global organisations, leading to a gap in the market, the source said.

There are at least four Asia-Pacific secondaries funds in market seeking a combined total of $891 million.