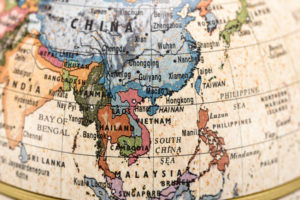 Asia Alternatives Management, an Asia-focused fund of funds manager headquartered in San Francisco, is about to close its fifth fund above its $1.3 billion target, sister publication Private Equity International has learned.

The firm expects the final close of Asia Alternatives Capital Partners V to reach approximately $1.5 billion in less than two months, a source with knowledge of the matter told PEI.

The firm began fundraising in June and has so far collected $1.35 billion from more than 160 investors, as indicated in three separate filings with the US Securities and Exchange Commission on 13 July.

As much as 85 percent of the fund will be allocated to primaries while up to 30 percent is earmarked for secondaries and direct co-investments, according to documents from Minnesota State Board of Investment.

Known LPs in Fund V include the University of Vermont and State Agricultural College which committed $5 million, San Francisco Employees Retirement System and Pennsylvania State Employees’ Retirement System each contributed $50 million, while MSBI is set to commit $100 million to Fund V, according to PEI data.

AACP V would have roughly the same LP base – primarily US pension funds – as its predecessor funds, the source added.

Asia Alternatives is looking to invest in 20 managers, of which 60 percent are from its existing relationships. The firm has backed China-focused CDH Investments and Hosen Capital, North Asia-focused buyout firm MBK Partners as well as Indian manager ChrysCapital and Singapore-headquartered Northstar Group.

Its predecessor, AACP IV and its related vehicles, collected a total of $1.8 billion above their combined target of $750 million in April 2015. Meanwhile AACP III had its final closing in July 2012 with a total of $908 million committed capital.

Asia Alternatives and Eaton Partners, the placement agent for the fund, declined to comment on the fund close.