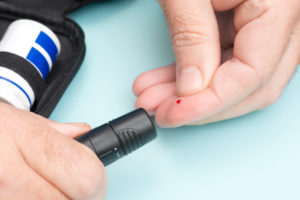 This story has been updated to show Argentum targets about €100 million in secondaries investments annually.

Argentum Private Equity, which manages 17 billion Norwegian kroner ($1.8 billion; €1.7 billion) in assets under management on behalf of the Norwegian government, has sold an interest in EQT‘s fifth buyout fund, which it held through its sole secondaries vehicle.

Terms of the transaction and closing date were undisclosed.

Argentum had committed €65 million to EQT V, according to its website, and still retains exposure to EQT V through its primary investments. It also recently committed to EQT VII, which closed in August with €6.75 billion.

EQT V is a 2006-vintage €4.25 billion buyout fund, which is invested mainly in the Nordic region, as well as Europe and North America, according to PEI’s Research and Analytics division. The fund, which is managed by Stockholm-based EQT, currently holds seven assets including Swedish education company ArcadeMedia, Nordic hotel chain Scandic and Polish medical device maker HTL-Strefa, according to EQT’s website.

EQT funds were the third most sought-after European large buyout families in the second quarter of 2015, according to a report by intermediary Setter Capital.

This is not the first time Argentum, which allocates about €100 million to secondaries annually, has sold stakes on the secondaries market. In 2011, the firm offloaded fund interests in EQT funds to Finnish pension manager Keva, according to separate UK regulatory filings. The firm was founded in 2001 by the Norwegian government to invest in private equity.