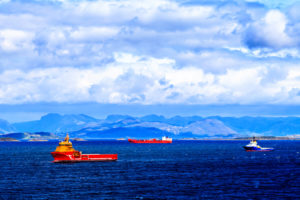 Argentum, which has NKr 17 billion ($2 billion; €1.8 billion) in assets under management on behalf of the Norwegian government, acquired interests in EQT V, EQT VI and EQT Mid Market through its only secondaries vehicle, Argentum Secondary AS.

Motortramp could not be reached for comment on the stake sales. EQT did not respond to a request for comment. Argentum confirmed the information in the regulatory filings but declined to comment further.

EQT V is a 2006-vintage €4.3 billion buyout fund invested predominantly in the Nordic region, as well as Europe and North America, according to PEI Research and Analytics. The 2011-vintage EQT VI closed on its €4.8 billion hard-cap in less than nine months. EQT Mid Market closed in January 2014 on €1.1 billion and focuses on mid-market buyouts and growth equity investments in Northern Europe, Greater China and South-East Asia.

EQT funds were the third most sought-after European large buyout families in the second quarter of 2015, according to a report by intermediary Setter Capital.

Argentum also has primary exposure to several other EQT funds including EQT VII, which closed on its €6.8 billion hard-cap last July after just six months in market.

Argentum, which invests exclusively in private equity funds with a focus on the Nordics, Northern Europe and global energy funds, actively seeks secondaries opportunities in the UK, Netherlands, Belgium, Germany and Switzerland.