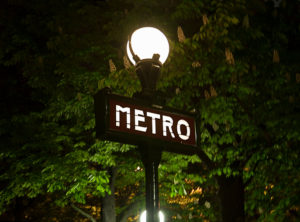 Ardian is close to completing a deal that involves selling stakes held in its first three secondaries funds, the firm’s US head has told Secondaries Investor.

Limited partners in the Paris-headquartered investment manager’s AXA Secondary Funds I, II and III, which are 1999, 2001 and 2004-vintage vehicles respectively, asked Ardian to sell the stakes to maximise the remaining net asset value held in the funds, Benoît Verbrugghe, head of Ardian US, said in an interview in London last Monday.

Verbrugghe did not comment on the buyer, advisor or exact size of the deal, but Secondaries Investor understands the transaction involves between $100 million to $200 million of NAV and that Strategic Partners is involved as a buyer.

“Our LPs told us, you are specialists in the secondaries market, you have those lines, if you can sell them, sell them,” Verbrugghe said.

Some of the stakes are from vehicles that finished investing in 2004 and 2005, he added.

A spokesman for Campbell Lutyens confirmed the firm was advising on the deal.

Ardian has previously said it preferred not to sell on the secondaries market, with UK head Olivier Decannière telling Secondaries Investor last November the firm is a “long-term investor”.

Secondaries funds and funds of funds are increasingly tapping the secondaries market to dispose of tail-end positions, according to a January report by Campbell Lutyens. The report noted almost three-quarters of the top 30 secondaries investors have sold stakes, and that 86 percent of such investors sold from their secondaries programmes.