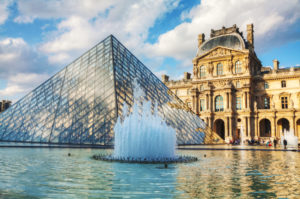 Ardian is expecting to raise nearly double the amount for its latest early secondaries fund than its predecessor, Secondaries Investor has learned.

The Paris-headquartered investment firm is seeking $1.2 billion for AESF VI, according to an Ardian investment document seen by Secondaries Investor. As of June the 2016-vintage fund was 13 percent committed and 6 percent called based on the target.

Twenty-five investors from 13 different countries are expected to commit an average of $48 million to the fund. Pension funds account for 70 percent of investors by net asset value and insurance companies for 20 percent, with sovereign wealth funds, investment funds, funds of funds and foundations making up the difference.

By nationality, German investors account for the lion’s share – 25 percent – followed by Italy at 19 percent and Switzerland at 16 percent.

It is unclear when Ardian expects to hold the final close on the fund.

The called capital has gone towards two deals. The first was a €100 million acquisition of one limited partnership interest in French small- and mid-cap private equity investor Naxicap Partners’ Opportunities I fund, which consists of European 2012- and 2016-vintage interests. The investment is 22 percent funded and has returned 1.06x to date.

The seller was not named in the document.

The second deal was the €30 million acquisition of a single LP interest in a Europe-focused buyout fund managed by Sagard, a Paris-based private equity firm that was founded in 2002 by the Power Corporation of Canada.

The stake has exposure to six 2013-, 2015- and 2016-vintage assets, with financial services and manufacturing sectors accounting for nearly half the fund’s NAV. The opportunity arose after two cornerstone investors chose to halve their exposure, according to the document.

The investment is 39 percent funded and has a multiple of 1.08x to date.

AESF VI’s predecessor, the 2012-vintage AESF V, raised $660 million. To date it is 94 percent committed and 60 percent called, according to the document, and as of March had achieved a net multiple of 1.14x across 19 transactions.

Ardian’s early secondaries vehicles target funds of which less than 50 percent is invested, according to its website.