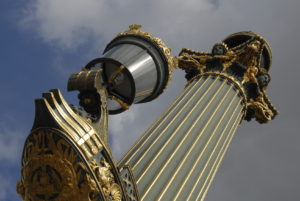 Shadow capital is a force to be reckoned with – and it’s growing. In its latest annual industry report, consulting firm Bain & Company estimates up to 20 percent on top of the estimated $1.5 trillion available in dry powder for private equity in the form of co-investments, direct investments and separately managed accounts.

For Ardian, arguably the largest player in the secondaries market, an increasing number of its clients have shifted from committing capital to its commingled accounts and instead sought separate vehicles managed by the firm’s mandates group. Indeed, the number of SMAs and the aggregate value of these mandates has roughly quadrupled over the last five years, according to Ardian’s UK head Olivier Decannière.

“Most of the big clients and the big institutions want to have tailor-made solutions, their own products,” Decannière tells Secondaries Investor in an interview in early March in the firm’s London office. “They don’t want to be put with the traditional primary funds of funds any more, paying fees on fees on fees. This is the old story of private equity.”

Decannière declines to comment on how much of the firm’s $60 billion in assets under management is from SMAs, but he points to some revealing figures. Most SMAs are between $200 million to $500 million in average size, although Ardian manages some as large as $1 billion.

They are a mix of discretionary and non-discretionary mandates, depending on how hands-on the client – many of whom are US-based pension funds – wants to be, and their investment periods are between three to five years. As for fees, these depend on clients’ needs – lower fees for basic investment recommendations, cashflow projections and monitoring, and higher fees for tailor-made reporting, Decannière says.

Ardian charges fees based on the net asset value of the portfolio, rather than on committed capital, and these generally range from between 0.4 percent and 0.7 percent. As for carried interest, some clients prefer a lower cost structure with lower management fees and a higher amount of carry, while others prefer higher day-to-day management fees and zero carry, he says.

Using leverage in secondaries deals is something the French firm is well known for – “when it makes sense” as Mark Benedetti, a managing director at the firm, told a conference in 2015. But when it comes to its SMAs, Ardian doesn’t use acquisition financing at the deal level because it is too risky, Decannière says.

“When the crisis comes, there are no more distributions and you’re stuck with the leverage,” he says. “It’s a higher level of risk to do that in mandates with clients, so we don’t do it.”

Where it does makes sense to use leverage is through credit line facilities to avoid having to make weekly capital calls or distributions to SMA clients and to maximise the cash management of an account’s structure, he adds. Ardian has also defined the boundary between where credit lines end and acquisition financing begins.

“Our view is that if it’s 10 percent or 15 percent maximum over 12 months, it’s cash management. Beyond that you tend to enter into the game of leverage. For SMAs or for mandates, I would rather not enter into that game.”

When Secondaries Investor spoke to Decannière, Ardian was six weeks shy of announcing its $2.5 billion stapled deal with Mubadala Capital – a transaction in which the Abu Dhabi sovereign wealth fund will manage third-party capital for the first time. While questions remain about the transaction, such as how much leverage was used, what limited partners in Ardian’s ASF VII fund think of the deal and whether the $750 million primary commitment to Mubadala’s new blind-pool fund was appropriate, it’s clear Ardian is broadening the definition of what secondaries firms can offer.

What is next for the former AXA captive? The timing of our interview comes amid a spate of consolidation involving funds of funds, with Unigestion’s February acquisition of Akina Partners, LGT Capital Partners’ March acquisition of debt firm European Capital and Schroders’ announcement in April it will acquire Adveq. Will Ardian make acquisitions of its own?

“No consolidation is to be expected so far from our side,” Decannière says. “We prefer to create, rather than acquiring at a high price.”

As the market deals with two years of declining transaction volume, Decannière is confident his firm is heading in the right direction. Ardian’s SMAs are part of that. “The platform exists, the platform runs,” he says. “The question is, do you want to join the club?”