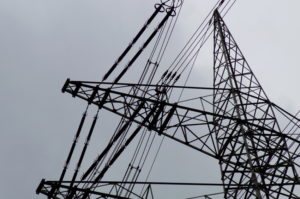 One of the UK’s largest pension funds, Universities Superannuation Scheme (USS), marketed a $1 billion portfolio of private equity fund stakes last year, but only a portion of it sold to Ardian, Secondaries Investor has learned.

Evercore ran a limited process for USS in the second half of 2015, which was tapping the market as part of a rebalancing of its private equity exposure, according to two sources familiar with the deal. Ardian ended up being the only buyer, but the exact size of the transaction is undisclosed. Another source added that Ardian is using debt provided by Natixis to fund the purchase.

Bridgepoint Europe IV is a 2008-vintage €4.8 billion vehicle managed by London-headquartered Bridgepoint. USS’s stake in the fund was worth €150 million, Secondaries Investor has learned.

A spokesman for Bridgepoint confirmed USS sold a stake in the firm’s fourth fund but declined to provide additional details on the transaction.

USS, which manages £48 billion ($68 billion; €63 billion) for staff at more than 400 universities in the UK, invests more than 20 percent of its fund in private markets, totaling more than £10 billion, according to its website.

Apax Europe VII is a 2007-vintage €11.2 billion buyout fund focusing on healthcare, retail, TMT and financial services investments, according to PEI’s Research and Analytics division. The fund is managed by London-headquartered Apax Partners and closed above its €10 billion hard-cap in 2007.

CPE Private Equity is managed by London’s Adaxia Capital Partners. The 2007-vintage €200 million vehicle is the firm’s sole fund and holds stakes in companies including Power Plus Communications, a German power communications supplier, and Neura, an Austrian high performance heating solutions maker, according to Adaxia’s website.

Bridges Community Development Venture Fund II closed on £75 million in June 2007. The vehicle is managed by Bridges Ventures and invests in healthcare, education and environment-focused investments in the most deprived parts of the UK, according to its website.

Ardian, Evercore, USS, Apax, Adaxia, Trilantic and Bridges were not available to comment.