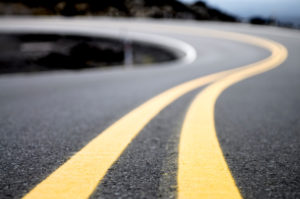 Ardian has collected at least $700 million for its sophomore dedicated secondaries fund targeting infrastructure stakes and plans to hold a first close by the end of March, Secondaries Investor has learned.

The Paris-headquartered investment firm is seeking $1.5 billion for the vehicle – ASF VII Infrastructure – according to two sources familiar with the fundraising. If it reaches target, it would be one of the biggest funds ever raised for the strategy.

Investors in that vehicle include Michigan Department of Treasury, Board of Regents State of Iowa and Dai-ichi Life Insurance Company, according to PEI data.

Limited partners who have committed to ASF VII Infrastructure include Université de Montréal, Dow Employees Pension Plan Trust and Canadian insurance firm Industrial Alliance, according to a filing with the UK’s Companies House. The filing shows the fund was registered in July.

Infrastructure accounted for about 8 percent of the $37 billion in deal volume last year, up from 5 percent in 2015, according to a January report by investment bank Evercore.

Ardian is also a seller of infrastructure assets – in September the firm started a competitive process to divest its entire 2007-vintage €1.1 billion AXA Infrastructure Fund II, as sister publication Infrastructure Investor reported. It was understood that a new structure would be created to manage the portfolio, which comprised eight assets, following completion of the transaction.

Other firms raising funds focusing on infrastructure secondaries include HarbourVest Partners, which was halfway toward the $500 million target for its Real Assets III fund as of December, and Stafford Capital Partners, which held a third close on its Stafford Infrastructure Secondaries Fund II on €184 million in early March according to a statement.