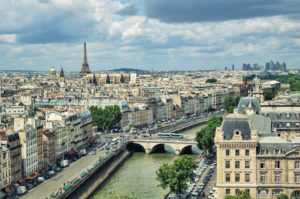 Paris-based Ardian will seek a further $9 billion for secondaries deals when it returns to market with its seventh dedicated secondaries vehicle, sister publication Private Equity International has learned.

In April last year Ardian, formerly known as AXA Private Equity, closed its Secondary Fund VI on $9 billion, at the time the largest fund ever raised for secondaries investment. The firm also collected a further $1 billion for primary commitments.

It is understood that Ardian will launch its seventh secondaries fund imminently, and may even be looking to exceed the amount raised for Fund VI.

It is unclear whether Ardian will be raising a similar accompanying primary commitments vehicle.

If Ardian raises its seventh vehicle as quickly as its sixth, the Parisian firm will have amassed close to $20 billion for secondaries in just two years.

Evercore estimates that secondaries transaction volume reached $47 billion in 2014, close to double the 2013 volume of $26 billion. Ardian held on to the record for the largest-ever secondaries fund for a year before it was broken by Lexington Partners, which closed its eighth secondaries-dedicated vehicle on $10.1 billion in April.

Ardian’s sixth secondaries fund came to market in October 2013 just after the firm completed its spin-out from parent AXA Group. Secondary Fund VI held an interim close on $5 billion in March 2014, having held a first close on $3.5 billion in December 2013.

In 2014 Ardian deployed more than $10.8 billion through 10 secondaries deals and co-investments. More than $7.5 billion of this came from Fund VI. As of January the fund was more than 75 percent invested, according to a statement from Ardian.

These include a $1.75 billion portfolio of 17 limited partner stakes, which it acquired from the Pennsylvania Public Schools Employees’ Retirement System, and a portfolio of 40 LP interests acquired for $2.38 billion from a sovereign wealth fund.

“While we have deployed $10 billion in 2014, we have been highly selective to get the right transactions with a strong focus on quality, directly sourced and limited competition assets,” Ardian’s head of funds of funds and private debt Vincent Gombault said in a statement in January.